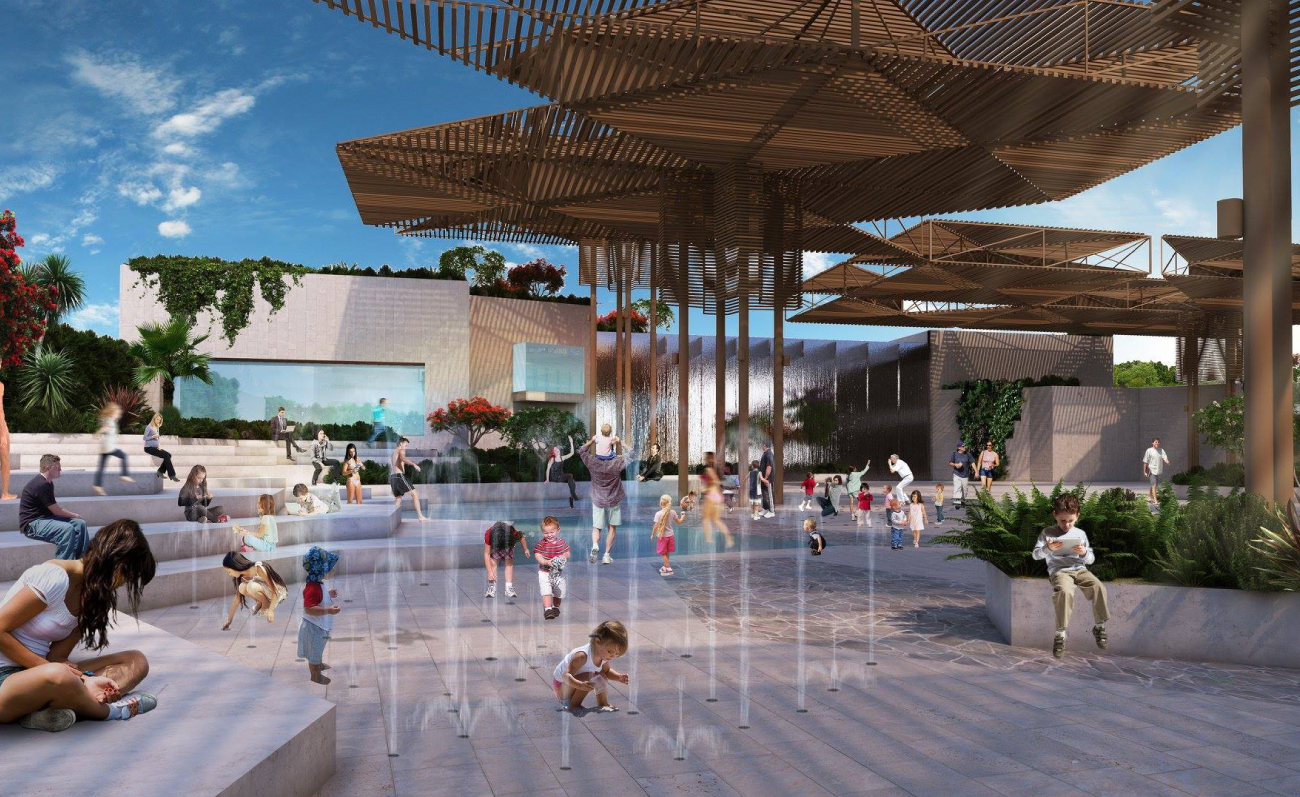 Ipswich’s population is projected to more than double over the next 12 years, according to Mayor Antoniolli.

but it also needs to offer young people and families a place to go for entertainment, education, shopping and dining.”

The old Woolworths building gives way as Ipswich City Council moves forward with the next stage of the $150 million CBD redevelopment.

The Ipswich central revitalisation is the biggest transformation of the city centre in three decades.

Developed by council-owned Ipswich City Properties, Mayor Andrew Antoniolli says the brand-new city centre will include dining and retail precincts, vibrant public spaces, and an entertainment stage. “While many cities have to make do with what they have, we are able to create an integrated, innovative and world-class central district with real long-term job creating opportunities,” Mayor Antoniolli said.

“This is one of the most city-altering redevelopments in Australia, and Ipswich is the envy of many councils because we’ve been presented with a unique opportunity to create a city heart from scratch.”

The Ipswich central project is forecast to create thousands of jobs, boost the local economy and provide the region with a new urban hub, incorporating planned retail, residential, cultural and recreational uses.

Hutchinson Builders have started demolition work which will take 17 weeks, with construction expected to start soon after.

Elements of the existing steel framework will be recycled and used in the new Ipswich Council Library.

And what with the new $5bn dollar Light Armoured Vehicle manufacturing plant coming into Ipswich creating another 360 jobs, Ipswich will never be the same again

Rheinmetall will build 211 Boxer CRV Tanks in Ipswich and will use the base to market its current and future projects overseas, holding out the promise of more lucrative contracts in the future and in turn creating more jobs for Ipswich

The time to invest in Ipswich remains now

Many positive signs indicating the Brisbane property market has bottomed out as seen in early to mid 2013 with a general 17% upswing forecast over the next 3 years. Conditions

Your Belief will determine your own Results If you do yourself an absolute disservice, then believe what you are reading in the newspapers! OR Read reports written by property analysts